3 killed in shooting at US mall, gunman shot dead by armed civilian | Like My Trip

Home /Shooting/3 killed in shooting at US mall, gunman shot dead by armed civilian | Like My Trip 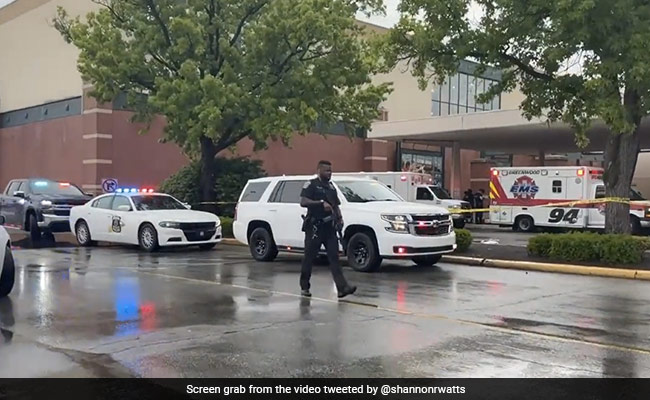 Three people were killed and three others injured on Sunday at a mall in the US state of Indiana, officials said, the latest in a wave of gun violence in the country.

“We witnessed a mass shooting tonight at Greenwood Park Mall,” Mark Myers, mayor of Greenwood, Indiana, said in a statement.

“We have three dead right now and three more injured.”

Myers said the shooter was shot by “an armed individual”.

The attack is the latest in a wave of gun violence to plague the United States, where around 40,000 deaths a year are caused by firearms, according to Gun Violence Archive.

It comes just weeks after a gunman opened fire during a July 4 parade in an affluent Chicago suburb, killing seven people and wounding at least three dozen.

The shooting followed two massacres in May that saw 10 black people gunned down in an upstate New York supermarket, and 19 children and two teachers killed in an elementary school in Texas.

The recent spike in gun violence has reignited the contentious debate over gun regulation. A U.S. House of Representatives committee is due to vote this week for the first time in nearly 20 years on a bill banning assault weapons.

(This story has not been edited by NDTV staff and is auto-generated from a syndicated feed.)

Apple Analyst Reveals IPhone 14 Price Increase | Like My Trip
One dead, four injured in a shooting in a bar in Paris; 2 attackers caught | Like My Trip