Apple iPhone 12 is the most popular 5G phone in India, says the report | Like My Trip

Home /iPhone/Apple iPhone 12 is the most popular 5G phone in India, says the report | Like My Trip 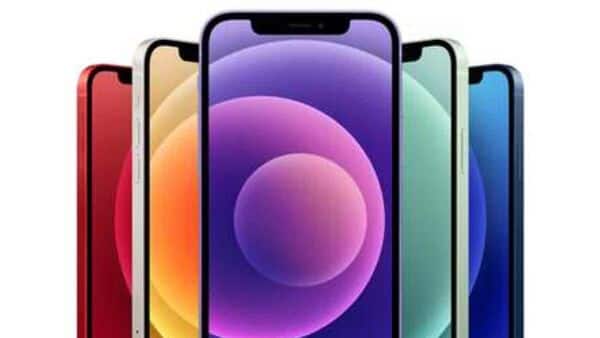 With 5G services finally rolling out in the country, consumers are more inclined to buy phones that are 5G ready. Almost every mobile company offers 5G phones at different prices, which leaves users spoiled for choice. If you too can’t decide which iPhone to buy, this report can help. According to Intelligence Speedtest data (by Ookla), Apple iPhone 12 is the most popular 5G-enabled device in the Indian market.

Apple iPhone 12 comes with a starting price ₹59,900 as per the Apple India website. It is available at a low price of ₹47,990 for the 64GB model on Amazon right now.

In a survey conducted by global network and connectivity intelligence company – Ookla, 51% of respondents said they already have a 5G phone. The main vendors, according to the survey, are Samsung (31%), Xiaomi (23%), Realme and Vivo. “In our survey, 51% of survey respondents already have smartphones that support 5G. The leading smartphone vendors in the market are Samsung (31%), followed by Xiaomi (23%), Realme, and Vivo. All with one in ten of the survey respondents owning an iPhone, Apple’s handsets were the most 5G-capable. In fact, according to Speedtest Intelligence data, the iPhone 12 5G is the most popular 5G-capable device in into the Indian market,” the Ookla report said.

The report also shows that the download speed of 5G in the country will reach 500 Mbps on 5G test routes. “We’ve already seen a lot of 5G download speeds: from low double digits (16.27 Mbps) to a mind-boggling 809.94 Mbps, which reflects the fact that operators are still reconfiguring their networks. We expect these speeds to remain more stable progress as these networks will enter the commercial phase,” she added.

The report reaffirms that Jio will launch a 5G Android phone in partnership with Google in 2023, repeating the go-to-market strategy it used when entering the 4G market.

A survey conducted by Ookla earlier this year found that 89% of Indian smartphone users are ready to upgrade to 5G. Among Speedtest users, Jio saw the highest increase in 5G-capable devices (67.4%), followed by Airtel (61.6%), and Vi India (56%).