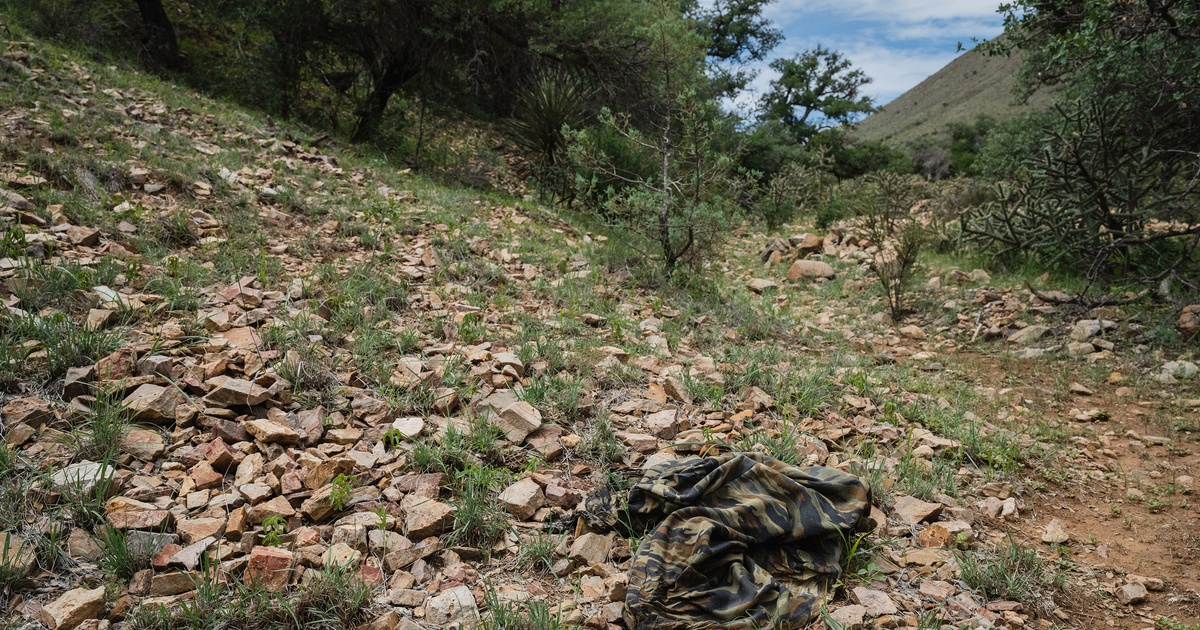 EL PASO — After a group of 13 Mexican immigrants crossed the U.S.-Mexico border, they stopped Tuesday night to drink from a reservoir south of Sierra Blanca, a small town in the Chihuahuan desert nearly 100 miles east. east of El Paso.

A passing van stopped and backed up near the migrants, who hid behind brush. Someone from the truck shouted in Spanish: “Get out, you sons of bitches, little asses,” the migrants told police later.

A Texas Department of Public Safety arrest affidavit obtained by the Tribune on Friday indicates that Michael Sheppard, the director of a private immigration detention center in Sierra Blanca, then exited the truck with a shotgun, s leaned against the hood and fired two shots, killing a man and wounding a woman in the group.

The brothers, both 60, then went to a meeting of the local water board.

Both were being held in the El Paso County Jail on suspicion of manslaughter on Friday. It’s unclear if the Sheppards have an attorney.

A spokesperson for LaSalle Corrections, a company that operates 19 prisons, jails and migrant detention centers in Georgia, Louisiana and Texas – including the West Texas Detention Center in Sierra Blanca – told media that he had fired Michael Sheppard after the incident.

The woman, who was shot in the stomach, is recovering at an El Paso hospital, according to US Homeland Security Investigations. The other migrants are in federal custody “pending trial”, said Leticia Zamarripa, spokeswoman for Immigration and Customs Enforcement.

Four years ago, migrants detained at the West Texas Detention Center filed complaints with the US Department of Justice and Department of Homeland Security, claiming they had suffered physical abuse at the hands of guards and the manager. In 2018, the Refugee and Immigrant Center for Education and Legal Services, known as RAICES, Texas A&M University School of Law’s Immigrant Rights Clinic and University of Texas School of Law’s Immigration Clinic included migrant complaints in a report that did not mention Michael Sheppard by name, but he was the manager at the time.

Lora Makowski, spokeswoman for the U.S. Attorney’s Office for the Western District of Texas, said, “At this time, I have no information for you,” when asked if the FBI had investigated the allegations. .

She added that ICE takes any allegations of abuse against detained migrants seriously and said ICE investigated the allegations at the time, but did not know the outcome of the investigation.

Immigrant rights advocates described Tuesday’s shooting as a hate crime, and U.S. Representative Veronica Escobar, D-El Paso, demanded that the federal government investigate the shooting for possible civil rights violations. On Saturday, four other Democratic members of Congress from Texas called on the US Department of Justice to investigate the shooting.

“It’s hard not to imagine that the victims were attacked in cold blood by two men who looked at the color of their skin and decided to target them,” said U.S. Representative Joaquin Castro, D- San Antonio, during a press conference. joined by Reps. Sylvia Garcia and Al Green of Houston and Lloyd Doggett of Austin. They also denounced the “invasion rhetoric” they say Republican leaders in Texas have used to describe migrants entering the country, which they say has fueled violence against Hispanics.

A spokesperson for Homeland Security Investigations said it will work with local and federal law enforcement to investigate all leads “in relation to the shooting and will pursue state murder charges and any other potential federal crimes. “.

Renae Eze, spokeswoman for Governor Greg Abbott, said “the shooting was a terrible tragedy and violence of any kind will not be tolerated in Texas.”

Police investigators checked footage from nearby cameras and identified the truck, which police later found parked at the home of Michael Sheppard. He told police the truck belonged to him and no one else was driving the vehicle, but declined to speak to officers, according to the report.

Mark Sheppard initially told officers he was not with his brother at the time of the shooting, but “later changed his story and admitted” he was with Michael Sheppard, according to the report. Mark Sheppard also told officers they stopped by the reservoir to shoot “ducks, then changed it to birds, then a javelin,” the report said.

Before Michael Sheppard fired, Mark Sheppard told police he used binoculars and spotted a “black cigarette butt thinking it was a javelin,” the affidavit states.

Mark Sheppard told police they didn’t shout anything before his brother shot him. He said they left for a local water board meeting without looking to see if Mike Sheppard’s shots hit anything, according to the report.

The case was referred to the El Paso County District Attorney’s Office for prosecution. A spokesperson declined to comment as the matter is still under investigation.

Allegations of abuse by detained migrants

In the 2018 report, detailing alleged abuse at the detention center where Mike Sheppard was the warden, 30 men interviewed by RAICES who had been detained at the facility said they suffered physical and sexual abuse, “excessive and arbitrary discipline ” and verbal and racist remarks. insults.

An inmate, identified in the report as Dalmar, alleged that the warden punched him in the face in a nursing station.

“I asked two of the doctors who were there, ‘Are you going to let this happen?'” he said, according to the report. “They said, ‘We didn’t see anything.'”

Detention officials then placed Dalmar in solitary confinement, according to the report, where he was “forced to lie face down with his hands cuffed behind his back, while the warden kicked me. foot repeated in the ribs”.

All inmates interviewed by RAICES said they had been victims of “indiscriminate use of pepper spray”, according to the report. One said conditions at the center were so bad he preferred to return to Somalia, where he feared he would be killed.

A spokesperson for LaSalle did not return several emails Friday seeking comment on what action, if any, the company has taken following the release of the RAICES report.

“RAICES documented years of extensive racism and abuse by Michael Sheppard and his ‘leadership’ at the West Texas Detention Center, including abuse, racial slurs, and denial of medical and health care mental health,” the organization said in a statement on Friday. . “The immigration system was created to criminalize and dehumanize asylum seekers while turning a blind eye to their mistreatment and suffering. This is unacceptable.

William Melhado contributed to this story.