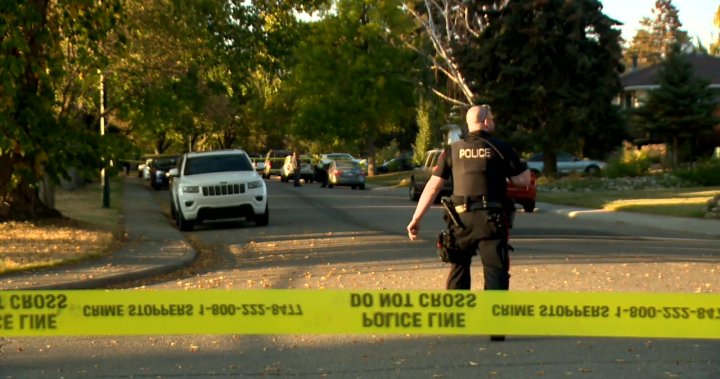 
Calgary police are investigating after a teenager was fatally shot in the southeast community of Southview on Sunday night.

Police say an 18-year-old was shot in the leg following a shooting just before 6 p.m. near 22 Avenue and 27 Street SE.

A white Jeep SUV inside the area marked off with police tape could be seen with its windows completely blown out as well as damage to the front passenger side of the vehicle.

Investigators said a potential suspect vehicle fled the scene and police were looking for a white or light gray sedan.

It is believed to be Calgary’s 106th shot for the year.