Deontay Wilder: I’m only here to fight great fights | Like My Trip

Home /Boxing/Deontay Wilder: I’m only here to fight great fights | Like My Trip 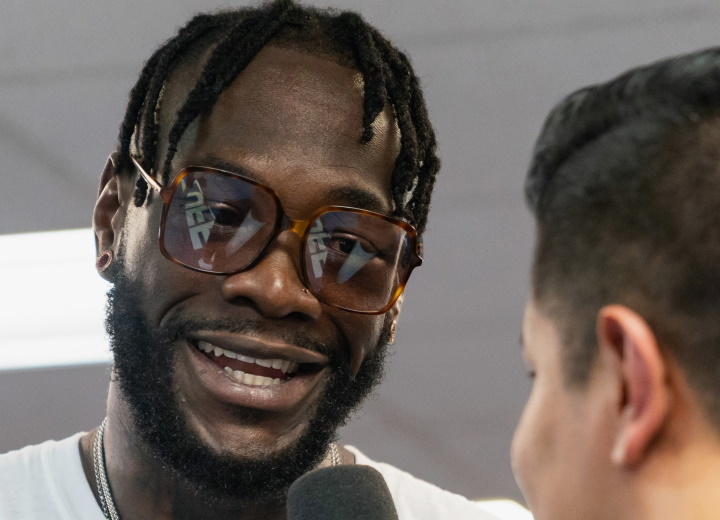 
Former WBC heavyweight champion Deontay Wilder is looking to make the biggest fights possible as the 36-year-old continues his career in the coming weeks.

Wilder has been out of the ring since last October, when he was stopped in the eleventh round of a sensational three-way fight with current WBC champion Tyson Fury.

“The Bronze Bomber” will return to the ring on October 15 when he faces Robert Helenius at the Barclays Center in Brooklyn, New York. The fight begins on a Fox Sports Pay-Per-View event.

At first, Wilder admitted that he was close to retirement – but he decided to continue his career to continue fighting the biggest fights.

If he defeats Helenius, then Wilder will fight for a showdown with former unification champion Andy Ruiz in the WBC final.

But there are other avenues, such as a fight with WBO, IBF, IBO, WBA heavyweight champion Alexander Usyk, who plans to be at ringside in Wilder’s upcoming fight.

There are also options like Anthony Joshua, Joe Joyce and a few others.

“[I’m] do nothing but great fights here. I’m not saying it’s a new beginning. I’m just saying I’m in a different mindset. I soaked in my peace and happiness. I’m in a great place in life. In the soul. And in the heart, man. I can’t explain it,” Wilder told the Daily Mail.

“People don’t know me. They see me in the ring and they judge me like that. It’s said that for me, to love is to know him. I’m always calm, always happy. Because if you don’t have happiness and peace, you don’t have anything. you don’t have.”