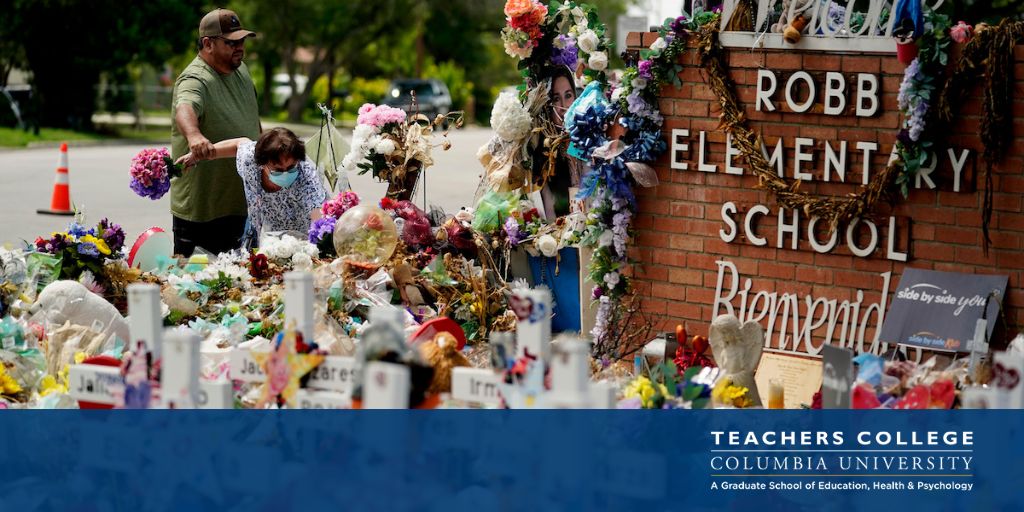 
[Editor’s Note: The following facts were last updated at time of publication.]

Uvalde was just one of more than 35 school shootings so far in 2022.

According to Gun Violence Archive, there have been more than 500 mass shootings in the United States this year.

On November 29, experts will gather at the National Firearm Injury Prevention Research Conference in Washington DC. Speakers and attendees will include TC faculty and students, as well as broader Columbia University and Columbia SURGE communities. Learn more here.

However, there is strong evidence to support that “specific measures could reduce horrific acts of gun violence,” wrote TC research professor Louis Klarevas; Sonali Rajan, Associate Professor of Health Education; and Charles Branas, Gelman Professor and Chair of Epidemiology at the Mailman Public School of Health, at The Los Angeles Times last May.

The academics – all of whom examine gun violence as a public health issue – cite many “proactive” strategies that can deter deaths and injuries in schools, supermarkets, streets, subways and other American spaces, including:

[Read more about these recommended provisions and the supporting data here.]


“Gun violence is a solvable problem, but there is no one-size-fits-all solution,” Rajan said last spring in an interview with NY1. “So resorting to a specific policy or a particular term – we hear a lot about control – is not enough.”


Rajan is currently co-leading a study supported by a major National Institutes of Health grant that seeks to identify the impact of more than two dozen safety tactics and policies on gun violence in K-12 schools across states. United with new data from more than 600 public K-12 schools. With Rajan and Branas as principal investigators, the grant is among the first to tackle the broad repercussions of gunshot deaths and injuries since lawmakers cut federal spending on gun research in the years 1990.

Rajan also recently co-authored a study in which she and her colleagues found that before the pandemic, black children experienced gun violence at a rate 4.44 times higher than their peers residing in non-Hispanic white communities. .

Find more gun violence information and gun violence prevention resources here and listen to Rajan’s appearance on “(Re)Search for Solutions,” a podcast produced by the Media and Social Change Lab below. .