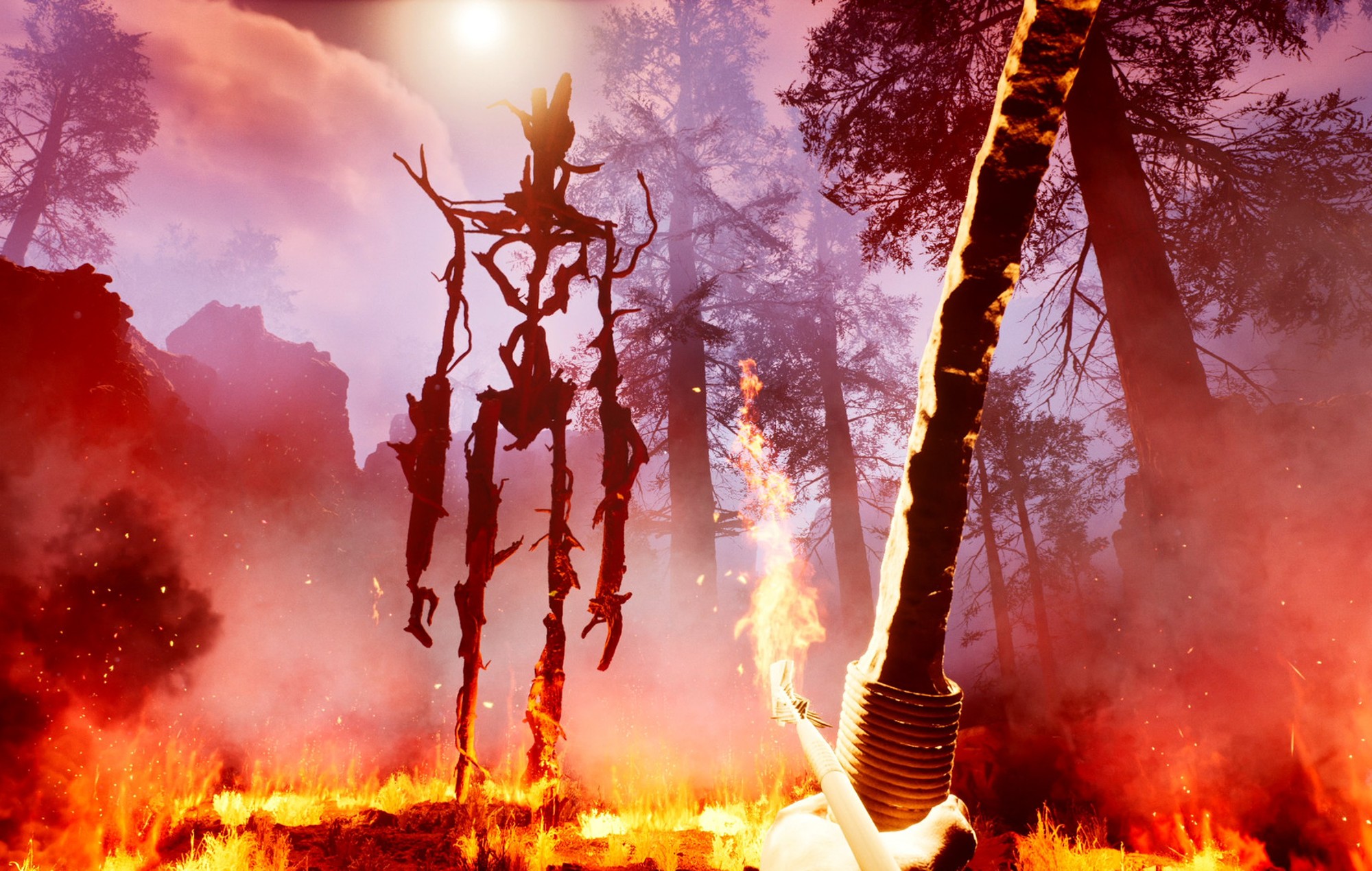 
The Invisible Axisthe upcoming horror-hunting phone from a veteran developer in Bethesda, promises to be “five times bigger than Skyrim.”

That is according to the developer of the game, Nate Purkeypile, speaking to PCGamesN. Purkeypile left Bethesda in 2021, after 14 years at the company as an artist, with experience working on many Fallout Games, Skyrim and the upcoming Starfield.

Purkeypile’s new project, The Invisible Axis, is an open-world RPG where players are tasked with hunting monsters from ancient mythology, with the help of a basic bow. Or die trying, as the game’s Steam page warns, “the hunter is also the hunted.”

Speaking to PCGamesNPurkeypile revealed that he had just completed the game’s full map, promising that it is “five times the size of Skyrim.”

The goal of the game is to explore the wasteland, so don’t expect the map to be filled with dungeons to explore. But for those worried about the big one, Purkeypile promises a different map with six different areas, all with their own weather, light and creatures.

The Invisible Axis it seems to take inspiration from hunting sims, which Purkeypile describes as the “interesting” genre, focusing on detailed combat as well as following the direction of the wind and animal tracks.

There is still no release date available for the game, and The Invisible AxisThe Steam page only lists “When the Axis aligns,” which is poetic but not useful. Still, Purkeypile said that progress was going well, and it was hitting targets early.

In a different interview with PCGamesNPurkeypile also touched on his work with Bethesda on the upcoming Starfield, which he describes as the company’s biggest game yet, both in terms of the game itself and the development team behind it.

Elsewhere in the world of gaming, we finally have an insight into the amount of money that Microsoft makes on Game Pass every year, in a document released by the Brazilian Administrative Council for Economic Defense (CADE) as part of the company’s proposal to acquire Activision Blizzard .