Made-in-India Apple iPhone 14 is coming to you soon, manufacturing is starting | Like My Trip

Home /iPhone/Made-in-India Apple iPhone 14 is coming to you soon, manufacturing is starting | Like My Trip 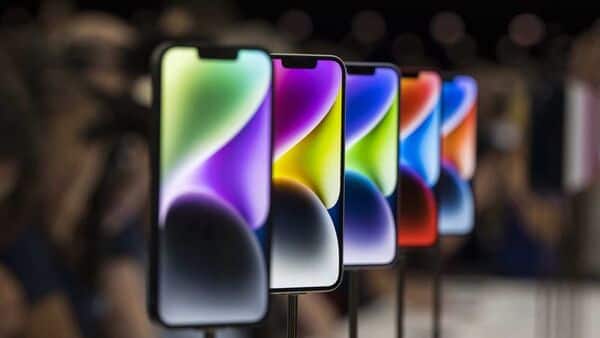 Apple will manufacture the new iPhone 14 in India. According to a new report by PTI, the Made-in-India iPhone 14 will start reaching domestic customers in the next few days. Apple iPhone 14 manufactured in India will be sold in domestic and domestic markets.

Apple revealed its 2022 iPhone lineup at the ‘Far Out’ event on September 7. The series includes the iPhone 14, iPhone 14 Pro, iPhone 14 Pro Max and the new iPhone 14 Plus. The Cupertino company abandoned the ‘mini’ line with the iPhone 14 series. The iPhone 2022 series comes with a better camera, a force sensor and a satellite messaging feature to send an SOS text in an emergency.

The iPhone 14 will be shipped from Foxconn’s Sriperumudur facility outside Chennai. For those who don’t know, Foxconn is the largest electronics contractor in the world and the main assembler of the iPhone.

The American company started manufacturing iPhones in India in 2017 with the iPhone SE. Today, Apple manufactures some of its flagship iPhones in the country including iPhone SE, iPhone 12, iPhone 13 and, now, iPhone 14.

In a statement to PTI, Apple said, “We are excited to manufacture iPhone 14 in India. The new iPhone 14 lineup introduces the latest cutting-edge technologies and important safety features.”

The Cupertino company has a long history in India that started more than 20 years ago. Apple launched its online store in the country in September 2020 and plans to deepen its commitment with the launch of the upcoming Apple store.

The latest industrial expansion builds on Apple’s many projects in the country, including App Design and Development in Bengaluru and programs with local organizations to support renewable energy training and development for communities.

The lucrative Indian market has become a sweet spot for the US tech giant, as the company reported a “near doubling” of revenue in the country in the quarter ending June 2022. A recent report by JP Morgan about ‘Apple’s Supply Chain Shift’ It is predicted that Apple “could move about 5 percent of iPhone 14 production to India by the end of 2022 and reach 25 percent by 2025”.

It is also predicted that 25 percent of all Apple products will be manufactured outside of China by 2025 compared to five percent at present.

At the same time, the Indian government’s policy to push the electronics sector has pushed the world’s leading suppliers to expand in India, forcing new players to set up bases. The government has introduced good incentives to promote domestic production and export of telecommunications equipment and IT products, and ₹76,000 crore semiconductor program was announced late last year to boost the manufacturing of computer chips and display devices. Last week, he added to the semiconductor package by increasing the budget support for new areas (across technical nodes) to cover 50 percent of the cost of the project.

(With information from PTI)