Mass shooting in Thailand: a gunman kills at least 37 people in a nursery | Like My Trip

Home /Shooting/Mass shooting in Thailand: a gunman kills at least 37 people in a nursery | Like My Trip 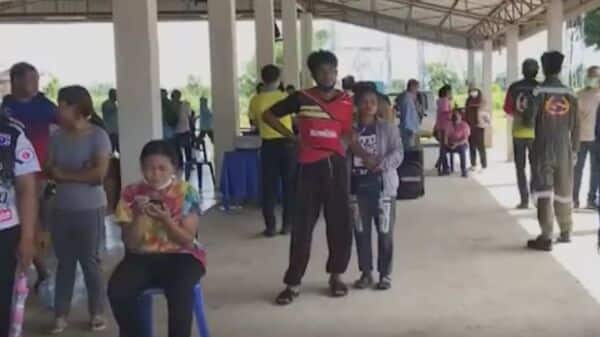 As many as 37 people were killed in a shooting at a children’s daycare center in a northeast Thai province on Thursday, a police spokesman said. The victims included children and adults, police said in a statement, adding that the shooter was a former policeman and had killed numerous people before killing himself.

– The Thai attacker was in court for drug trafficking: The perpetrator of a gun and stabbing attack in Thailand attended a hearing on a drug charge before opening fire at a daycare centre, police said today.

– The death toll from gunshot wounds at a Thai nursery stands at 35.

– Thai Prime Minister: said Prime Minister Prayuth Chan-ocha, sending his condolences to the families of the victims. On his Facebook page, Prayuth ordered all agencies to urgently treat the injured.

– A shooter kills himself: According to Thai media, the shooter also used knives in the attack, then fled the building. The Daily News newspaper reported that after fleeing the scene of the attack, the attacker returned home and committed suicide with his wife and child.

– Weapon ownership rate: Thailand’s gun ownership rate is high compared to some other countries in the region, but official figures do not include large numbers of illegal weapons, many of which have been smuggled across porous borders over the years from neighbors torn by strife.

– Other similar incidents: Mass shootings are rare, but in 2020 a soldier angry over a real estate deal gone wrong killed at least 29 people and injured 57 in a rampage that spanned four locations.