Mass shooting in the United States: a 23-year-old man kills 3 people | Like My Trip

Home /Shooting/Mass shooting in the United States: a 23-year-old man kills 3 people | Like My Trip 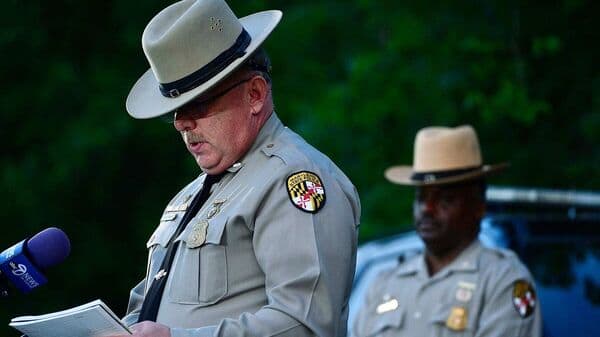 In the latest in a series of mass shootings in the United States on June 9, a 23-year-old gunman opened fire on his colleagues at a manufacturing plant in northern Maryland, killing at least three people and injuring seriously a fourth before being apprehended. by the police following a shooting.

The attacker was injured in a shootout with a Maryland state trooper as he tried to flee in a car, Washington County Sheriff Douglas Mullendore told a news conference. The suspect and soldier were taken to a local hospital for treatment of gunshot wounds. Mullendore declined to comment on the circumstances or probable motives for the attack, but said the shooter and all of his victims worked at Columbia Machine in Smithsburg, Maryland, near the Pennsylvania border. Mullendore said the shooter used a semi-automatic handgun.

A spokeswoman for Columbia Machine said the company was assisting authorities with their investigation into the shooting, but declined to provide further details. According to its website, the company provides concrete production equipment to customers in more than 100 countries.

Both the FBI and the US Bureau of Alcohol, Tobacco, Firearms and Explosives have announced that agents will be dispatched to the scene.

On June 2, a man armed with a rifle and a handgun opened fire inside a medical building in Tulsa, killing four people. The shooter died from a self-inflicted wound, according to Tulsa Police Deputy Chief Jonathan Brooks, who spoke to media outside the St. Francis Hospital campus.

The mass shooting in the United States on June 2 happened just eight days after an 18-year-old gunman opened fire at Robb Elementary School in Uvalde, Texas, killing 19 children and two teachers before of being shot himself, and less than two weeks later a white man is accused of killing ten black people in a racist attack at a Buffalo supermarket.

Then-US President Barack Obama signed a law in January 2013 that defined “mass murder” as three or more people killed in a single event.

(With contributions from the agency)