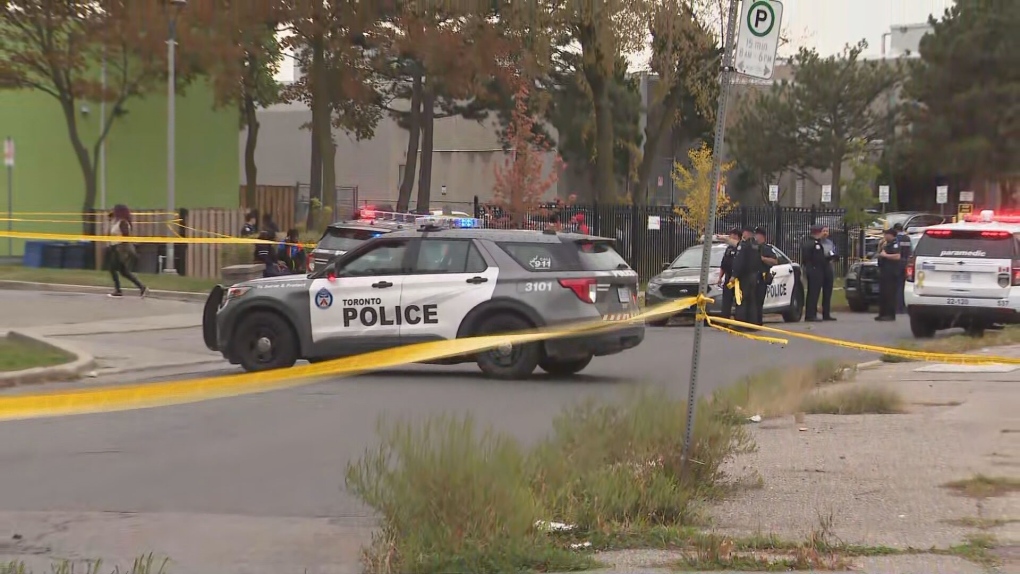 
A man has died following a shooting that took place across the street from an elementary school in North York.

Police were first dispatched to the Jane Street and Firgrove Crescent area just south of Finch Avenue at around 1:40 p.m. for a shooting call.

However, the individual was later pronounced dead at the scene.

According to the Toronto District School Board, Firgrove Public School and Westview Centennial Secondary School were initially placed on lockdown. But the council confirmed at 3:50 p.m. that both lockdowns had been lifted.

On Thursday, a police tape could be seen in a parking lot of a building next to Firgrove Public School.

Addressing reporters at the scene, Superintendent. Andy Singh said the shooting appears to have been a “targeted” incident with no broader concern for public safety at this time.

But he acknowledged that the fact that a shooting took place in broad daylight near an elementary school is “very concerning” and pledged to increase the police presence in the neighborhood in the future.

“The 31 Division Neighborhood Officers will not only be here today, but we will be ensuring that there is close attention in the area and we will be monitoring all activity and also staying in very close contact with the schools to make sure they feel supported. ,” he said.

So far, the police have released no information about possible suspects.

Singh said the victim is believed to be a man in his twenties.

“We are still in the process of confirming the identity,” he said.