Tito Ortiz Reflects on Dana White’s Boxing Defeat: ‘It Was a Lose-Lose Situation for Me’ | Like My Trip

Home /Boxing/Tito Ortiz Reflects on Dana White’s Boxing Defeat: ‘It Was a Lose-Lose Situation for Me’ | Like My Trip 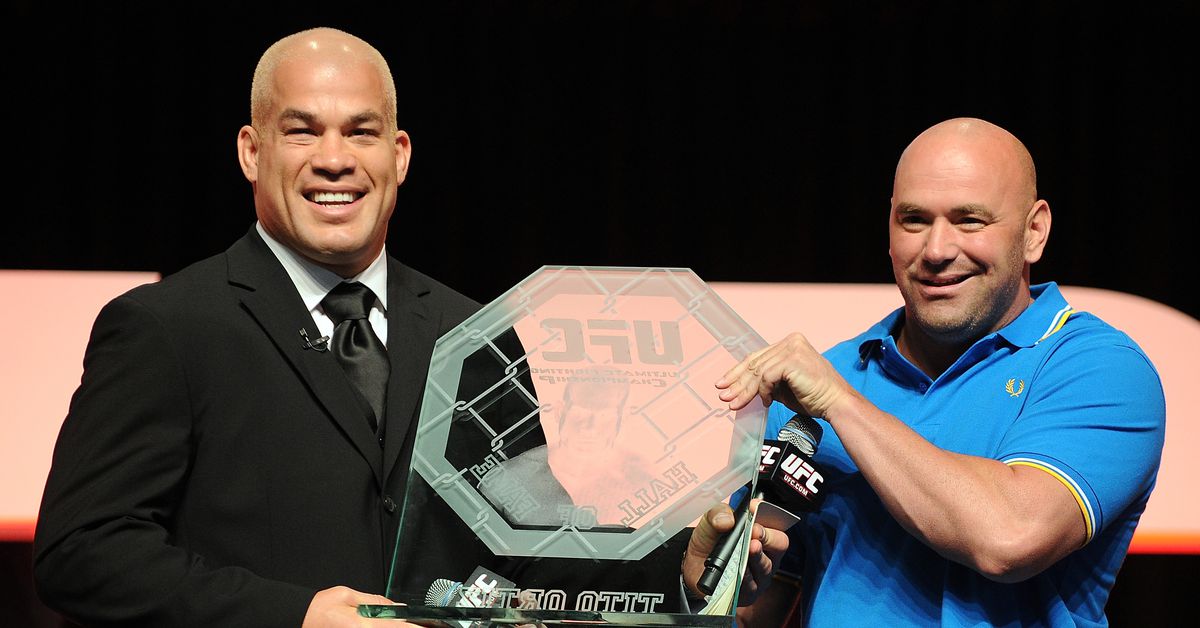 
Tito Ortiz takes on Dana White in a boxing match on a long list of long-distance fights.

Despite the working relationship they once had as lightweight champion and promotion president of the Ultimate Fighting Championship (UFC), Ortiz and White weren’t the best of friends back in the day. The pair disliked each other enough that they tried to arrange a boxing match, which was so close that White didn’t even get his license to fight.

However, Ortiz’s expectations were not met when things came to an end.

“It really had to happen,” Ortiz said of it Chattin Pony podcast (h/t MMA News). “It was in a contract and everything,” Ortiz said. “It was supposed to be 50/50 of any money that was made from the fight, and when it came to signing the contract – and I always signed a fight agreement to fight myself – it wasn’t in it.

“I wasn’t getting anything out of it,” he continued. “It was a lose-lose situation for me. And I said the fight wasn’t going to happen a month before the fight when they aired it on Spike TV, three hours of Dana flying around… getting ready for the fight and everything. It should never happen. to happen,” Ortiz continued. “It was an opportunity for Dana to be a superstar, and she took that position and ran with it. She did it well.”

Ortiz and White managed to remain professional when it came to their working relationship in the years following Ortiz’s UFC run. The “Badboy of Huntington Beach” was inducted into the UFC Hall of Fame in 2012, the same month he fought his last fight for the promotion.

Ever the entrepreneur, Ortiz is 5-1 on his post-UFC run and most recently had a boxing match against Anderson Silva in September 2021. Unfortunately, Ortiz lost by knockout in the first round (watch highlights).

“The contract came and said I was going to make zero,” Ortiz said. “I said, ‘Wait a second, I thought you said 50/50?’ He (White) was like, “No, we can’t do that.” I said, “Well, I’m not going to fight then … but don’t just go on the scale and say that Tito hasn’t shown up and is afraid to fight,” and that’s exactly what he did. I will not fight anyone for free.”