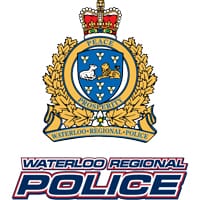 
Waterloo Region, Ontario – Waterloo Regional Police have arrested a man in connection with a shooting that occurred on September 29, 2022.

At around 10.30pm, police responded to a report of a shooting in the Fitzgerald Drive and Chester Drive area of ​​Cambridge.

During the investigation, police learned that the suspect fired a handgun at a vehicle as the vehicle was leaving the scene.

No physical injuries were reported.

The suspicious man then barricaded himself in a residence for several hours while members of the Waterloo Regional Police Service Emergency Response Team and Neighborhood Police Patrol negotiated with the man.

At around 5:30 a.m., police arrested a 39-year-old Cambridge man. The man was charged with discharging a firearm with intent, reckless use of a firearm and possession of a weapon for a dangerous purpose.

The accused was taken into custody for a bail hearing.