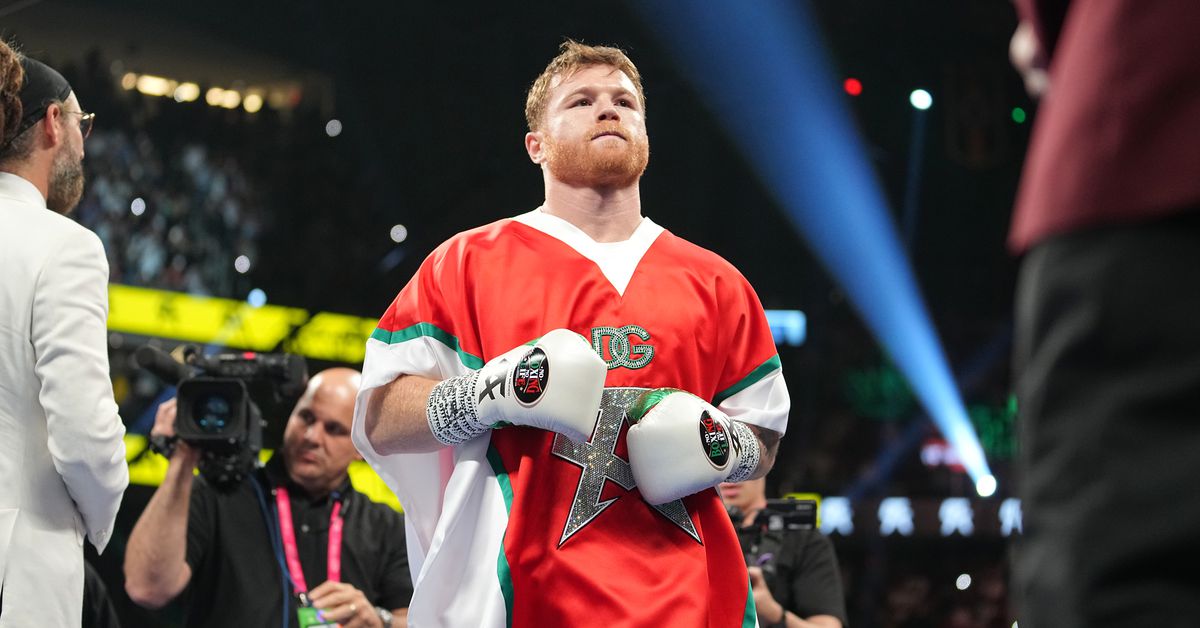 
Another month is here and it’s time to update our pound-for-pound great team list!

Will Naoya Inoue stay on top? Is someone outside, someone inside? Let’s find out! Exclamation points make people do exciting things!

Just the Facts: Inoue remains at No. 1, slightly closer to Usyk than last month; none of Inoue’s votes changed, but Usyk’s stock rose slightly. Others have lost some points overall, but the list remains largely unchanged. Bivol and Canelo are now split fifth and sixth, Jeron Ennis has another supporter to push him over Lomachenko, and Jesse “Bam” Rodriguez replaces Shakur Stevenson, who lost some support, with a fourth vote.

And now, some personal thoughts of the esteemed panel and their newsletters.

My changes are minor; I’ve traded places on Beterbiev and Canelo and I have to tell you that I’m not so sure that Canelo Alvarez is actually one of the top 10 fighters in the world. Dmitri Bivol was very tough on him in May, and he looked out of sorts against the 40-year-old Gennady Golovkin.

“But Scott,” some of you might start with your question, “you thought Canelo vs GGG 3 would be a good fight! Now you’re flip-flopping!”

I thought so! Then I saw how the warriors were in battle. Even though Golovkin looked old and a bit tentative, Canelo didn’t take advantage of the guy who still seems to be in contention for the top spot. I think we’ve seen Canelo’s best days and gone; mind you, I still think he’s going to be fighting at a very high level for another three to five years, and maybe the hand issue is a bigger issue than I’m realizing. We’ll see in 2023 when we’ll have more real new data on which to base our opinions that change over time.

I dropped Shakur Stevenson. I still think he’s a great technician, but he didn’t make weight for the Conceicao fight, and there’s too much competition for those spots to not consider those things at all. Devin Haney should probably be here already. Devin Haney probably should be higher. Devin Haney might deserve a top five finish. Anyway, I have him now.

Well guess what?! Two of these people have gone on to claim permanent “undisputed” status, while the third is only a belt away. Continue mocking my list at your own peril, you prognosticators. I’m just ahead of the game

Middleweight has to be the biggest and most exciting division in boxing right now. The two P4P giants at the top are Terence Crawford and Errol Spence. Three (or four, if you really like Conor Benn) unbeatable young talents on the rise. Unfortunately, the entire division has been in full limbo for half a year now, as the two champions can’t agree on a deal to face each other.

While belt holders are neglected, guys like Jayron Ennis, Virgil Ortiz and Aymantas Stanonis are stuck in a holding pattern. They each have a position and a mandatory booking case, so it doesn’t make sense to book their next fights until Crawford and Spence are confirmed elsewhere. If Spence vs Crawford ever books, I suspect we’ll get a Stanionis vs Ortiz announcement in reasonably short order. Ennis, as a PBC guy, could fight Yordenis Ugas, or maybe Keith Thurman if the scotch tape and glue holding his hands together hold up well enough.

But instead, we have nothing. And it’s all because two guys aren’t going to go ahead and give us the fight we’ve all been waiting anywhere from six months to four years. They also don’t move on to anything else. Until they do something, Spence and Crawford will go to P4P on hiatus and young talent will take their places.

Tyson Fury said he is done waiting for Anthony Joshua. He fights Mahmoud Charr instead. That’s enough for me that it’s time to take him at his word and treat him as an official retiree. Beating up an old guy with fake hips is a legitimate future move for a retired home fighter. Check back next month and maybe Tyson will be in his P4P bocce or shuffleboard rankings when he really settles in and gets himself through a few games.

Stepping into the No. 10 spot this month is Steph’s Son, Stephen Fulton Jr. The last place could be passed in several ways, including the possible opponent of the merger Murodjan Ahmadaliyev. It could belong to Hiroto Kyoguchi in a few weeks if he defeats Kenshiro Teraji. Now, it’s Fulton.

My entry into the Regis Prograis last time created a controversial part of my ranking. Before anyone gets mad again, please note that I removed six regular P4P fighters for reasons of personal taste or spite. If you have a 16 man roster, do you think the P4P Warriors are clearly and absolutely better than Stephen Fulton? Please feel free to share it in the comments so I can tell you how much more right you are than I am.

Devin Haney and Shakur Stevenson are still incredibly talented, but fun to watch. They remain irrelevant according to Rigondeaux’s Rule.

Canelo Alvarez has put on a show of old-age violence this month, made all the more impressive by his victory over repeated injury woes. Unfortunately, certain weight lifting requirements of the same day, which prohibited me from discussing the contract, forced his removal once again. Maybe next month!

Most of you will look at this and think, “well, that’s a pound-for-pound list.” Those big-brained enough to remember last month’s rankings and/or those bored enough to check it out might realize, “hey, wait a minute, that’s the same list as the last time he posted ” and you’re right. Only two of the 10 have competed in the last 30 days: Canelo Alvarez and Shakur Stevenson.

Canelo lost his trilogy fight with Gennady Golovkin, but I’m not sure I can justify him because he didn’t win enough. Stevenson, on the other hand, ran into Robson Conceicao the way I expected him to. I distinctly remember thinking, “He’s going to win at least nine rounds,” and lo and behold, he won a nine on two scorecards and a 10 on the other. Is that enough to get him past Dmitry Bivol? With all due respect to Conceicao, no. If anything, Stevenson’s win over Oscar Valdez was more impressive, and he didn’t make weight at the time.

In addition, none of the border fighters moved in the bottom 10. The closest was “Bam” Rodriguez, who actually had more trouble than “Jiga” Gonzalez expected.

Sorry for the lack of interesting developments. At least the next few months should give us some good material.

It’s hard to justify any real cuts or changes in a quiet month, but Canelo’s ability have an advantage his return to 168 against an overmatched hillbilly “GGG” sees Crawford jump into the medal places. Had Stevenson not missed weight against Conceicao, it would have been easier to jump into the top 10, and maybe Bam could have pushed Beterbiev or Charlo out of their spots, but September – in its usual quiet form – is a month of water.