Jose Aldo says ‘boxing is a possibility’ but MMA fight again: ‘I’ll stay with UFC’ | Like My Trip

Home /Boxing/Jose Aldo says ‘boxing is a possibility’ but MMA fight again: ‘I’ll stay with UFC’ | Like My Trip 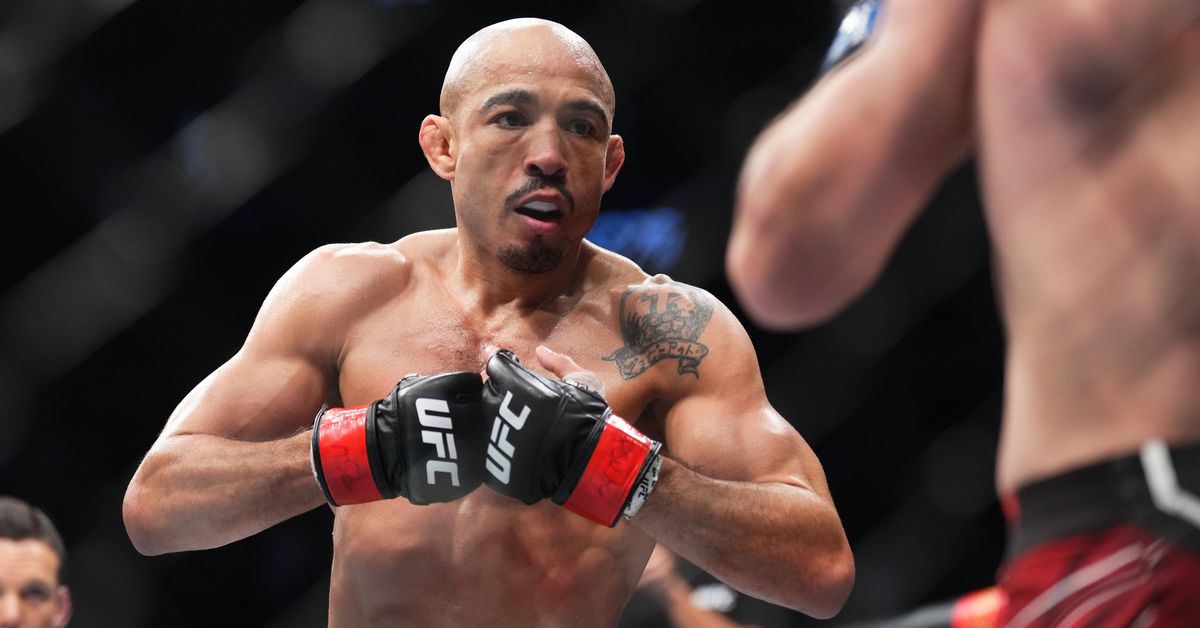 
Jose Aldo is leaving the door open for a future return to competition as a boxer, but a return to mixed martial arts is not an option.

Aldo had one fight left in his deal with the UFC when he announced his retirement from MMA in September, but struck a deal that would allow him to make the jump to boxing. However, Aldo revealed in an interview with Globo Esporte that he remains affiliated with the UFC, which prohibits him from signing with any other MMA promotion.

“I’m trying to look at the best path that I can take right now,” Aldo said. “I don’t fight MMA, that’s for sure. I thank everyone who is calling me from other promotions, but I have not left the UFC, I have a contract with them. I’ll see where I fit in.”

Aldo has been thinking about boxing for years. Back in 2017, his longtime trainer and manager Andre Pederneiras told MMA Fighting that Aldo was ready to “fight all of his UFC fights (remaining on his contract) for three months and go boxing.”

“Boxing is possible,” Aldo said of his next step as an athlete. “This has always been a dream that I have had in my life and I have never hidden it from anyone. It’s always been a dream. But let’s see. Everyone says that I am still young, how old I am [left]. First, now with the birth of my son, I want to enjoy my family, then I will think about the professional aspect.”

A former UFC and WEC featherweight champion, the 36-year-old retired from the sport after a decision loss to Merab Dvalishvili in the UFC and three-fight wins over Rob Font, Marlon Vera and Pedro Munoz.